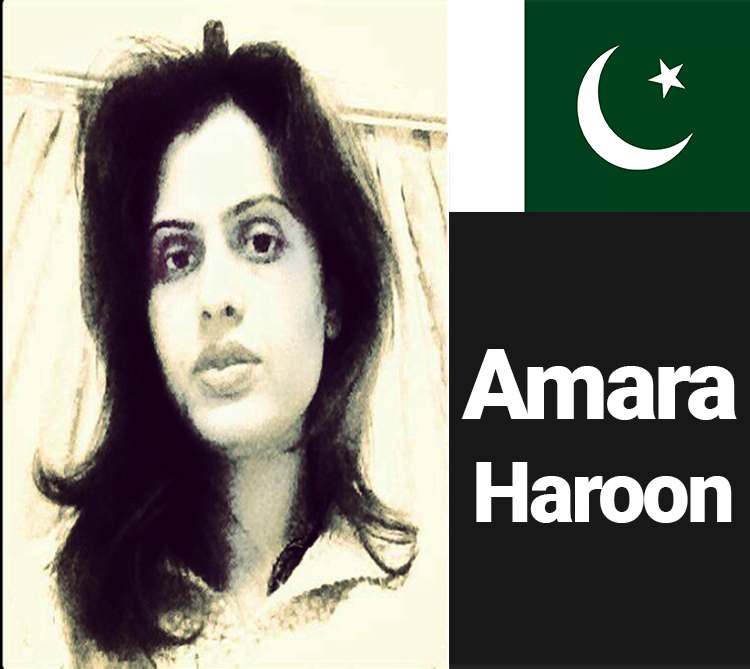 The offered articles are the students’ research for the demanded studies.

Pakistan is third world country where the average age is between 17 to 29 every year people try to find decent jobs to generate income for themselves and their families. In the private sector macroeconomic factors impact 90% of jobs in country .Due to lack of skills ,lack of confidence and poor educational facilities quality of jobs have been affected . This enormous skill gap effects on the development of youth.(Unicef report ,2017)

According to Pakistan economic survey it has been observed that major change occurred in employment sector from 1963 to 2018. The transition of labor from farming to retail and wholesale brought organizational revolution. The tremendous growth in private sector of economy required sophisticated skills. The focus of Pakistan should be on critical thinking, methodical and cognitive development .There should be a link between industry and education system. Moreover the women empowerment should be encouraged financially as well as intellectually. The huge entrepreneurship programs in urban areas of Pakistan facilitate government, private and development partners to bring new ideas in business development.

The innovation in technology can bring a major contribution for high skill candidates as well as automation of production processes will open jobs for semi-skilled workers. The development of soft skills like computer learning and communication skills make labor market more recognizable.(Almedia,2010)

In the manufacturing, service and construction sector skilled workers and technicians are in high demand annually .More over the economic relations between Pakistan and China acquire construction, design engineers which create jobs for skilled female also.

The overseas employment study shows that most of the skilled labors like engineers , doctors and teachers migrate abroad to find jobs.

In Pakistan English has been perceived as a passport to social mobility and better employment .Parents enroll their children in English medium schools from lower, middle and upper class due to intense class realization in the society. The demand of English medium schools have enormously been increased over the last two decades .  According to British Council English language development every year the three enrolled children at primary level was studying at Private school.( Coleman,H 2010)

Previously the rapid extent and forceful pursuit of English is belief to expose the child in a faster language .Due to rapid spread it is believed that English has been considered a medium of communication.

The collapse of Urdu medium government and increase in demand of English medium education has motivated both national and global parameters . In the domain of power in Pakistan power, respect and cultural consciences lies on English.(Manan, David & Dumanig, 2014)

The delivery mode in Pakistan is mostly through campus in rural areas but the people who are unable to reach the campus are offered virtual programs on television and skype. Due to corona currently the universities are taking classes through skype, zoom and television. Mostly the people who are taking private admission gets their lectures through books with course headlines and afterwards they had to appear in the paper. The students from kinder garden to higher secondary mostly attend the schools both government and public ones while after reaching the university level they mostly take on campus studies and  programs. The Allama Iqbal open University Program provide excellent delivery to students and teachers (Nazir sanghni, 2009)

The top skills in Pakistan for employalibity

3.Almedia, 2010, “openness and technological innovation in East Asia , have they increased the demand of skills “, 5272

4.Coleman.H.2010,” Teaching and learning in Pakistan ,the role of language in education.” Islamabad Pakistan .The British Council

We firmly believe that the internet should be available and accessible to anyone, and are committed to providing a website that is accessible to the widest possible audience, regardless of circumstance and ability.

To fulfill this, we aim to adhere as strictly as possible to the World Wide Web Consortium’s (W3C) Web Content Accessibility Guidelines 2.1 (WCAG 2.1) at the AA level. These guidelines explain how to make web content accessible to people with a wide array of disabilities. Complying with those guidelines helps us ensure that the website is accessible to all people: blind people, people with motor impairments, visual impairment, cognitive disabilities, and more.

This website utilizes various technologies that are meant to make it as accessible as possible at all times. We utilize an accessibility interface that allows persons with specific disabilities to adjust the website’s UI (user interface) and design it to their personal needs.

Additionally, the website utilizes an AI-based application that runs in the background and optimizes its accessibility level constantly. This application remediates the website’s HTML, adapts Its functionality and behavior for screen-readers used by the blind users, and for keyboard functions used by individuals with motor impairments.

If you’ve found a malfunction or have ideas for improvement, we’ll be happy to hear from you. You can reach out to the website’s operators by using the following email

Our website implements the ARIA attributes (Accessible Rich Internet Applications) technique, alongside various different behavioral changes, to ensure blind users visiting with screen-readers are able to read, comprehend, and enjoy the website’s functions. As soon as a user with a screen-reader enters your site, they immediately receive a prompt to enter the Screen-Reader Profile so they can browse and operate your site effectively. Here’s how our website covers some of the most important screen-reader requirements, alongside console screenshots of code examples:

We aim to support the widest array of browsers and assistive technologies as possible, so our users can choose the best fitting tools for them, with as few limitations as possible. Therefore, we have worked very hard to be able to support all major systems that comprise over 95% of the user market share including Google Chrome, Mozilla Firefox, Apple Safari, Opera and Microsoft Edge, JAWS and NVDA (screen readers), both for Windows and for MAC users.

Despite our very best efforts to allow anybody to adjust the website to their needs, there may still be pages or sections that are not fully accessible, are in the process of becoming accessible, or are lacking an adequate technological solution to make them accessible. Still, we are continually improving our accessibility, adding, updating and improving its options and features, and developing and adopting new technologies. All this is meant to reach the optimal level of accessibility, following technological advancements. For any assistance, please reach out to